AFNO will begin offering the TEF in the coming months.

Please write to afno@af-neworleans.org to learn more about the TEF. 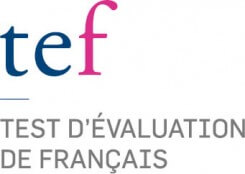 The Test d’Évaluation de Français (TEF ) is a test of general French which assesses the level of proficiency in French of francophones and non-francophones alike.Created in 1998 by the Paris Ile-de-France Chamber of Commerce and Industrie,  TEF is an international benchmark test that measures your level of knowledge and skills in French. It is recognised as official proof of language proficiency by Citizenship and Immigration Canada (CIC) as well as by the Ministère de l’Immigration et des Communautés Culturelles du Québec (MICC) for permanent residency applications, Certificat de Sélection du Québec applications and Canadian citizenship applications.

The TEF assesses the candidate’s proficiency in French using a 7 level scale based on the Common European Framework of Reference for Languages (CEFRL) and the Canadian Language Benchmarks (CLB).
It  consists of 4 modules: listening, speaking, reading and/or writing

Why take the TEF?

The TEF provides confirmation of one’s level of competency in French in any professional, academic or mobility-related context,
and in particular for:

What are the tests?

The TEF consists of 5 parts :

According to your goals and the formalities you need to complete, you can choose the TEF version that includes the tests you require. 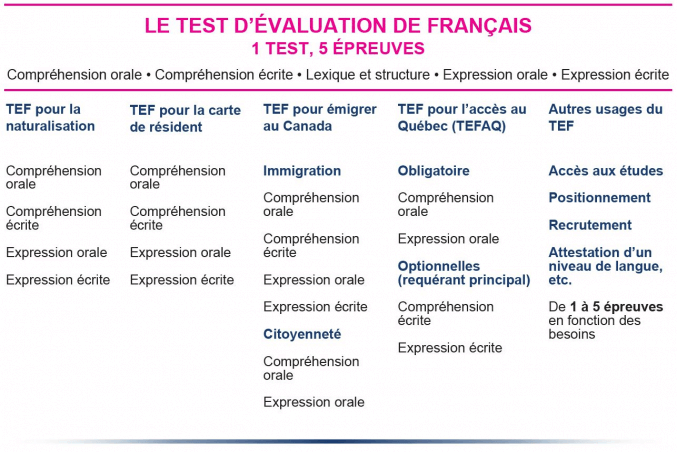